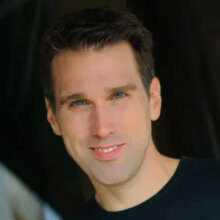 A Metropolitan Opera National Council regional finalist and prize winner in the Licia Albanese Competition, Mr. Fennell’s professional debut came when he jumped in for Rodolfo in Puccini’s La Bohème at the Glimmerglass Opera Festival. This opportunity led him to The New York City Opera where he sang 13 roles over six seasons. Critics have praised his fearless high register and emotional depths; his concert work in Beethoven’s 9th Symphony and the requiems of Verdi and Mozart alone have taken him to top concert halls across the United States and abroad.

Mr. Fennell now lives in Berlin, Germany. He received a BA in music from Gettysburg College and a Masters in Voice and Artist Diploma from Boston University where he was a member of the Opera Institute. When he is not on stage, Mr. Fennell is on the ice playing hockey, a sport he has played since the age of 7. 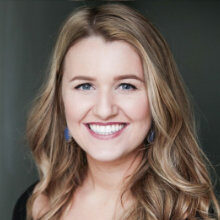 Carolyn Holt is a mezzo from a farming background in Ireland. She will perform the role of Charlotte in Lyric Opera Ireland’s production of Massenet’s Werther at the National Concert Hall, Dublin in 2022. She recently performed the role of Madame Larina in Eugene Onegin as an ‘Opera First’ Alvarez Young Artist with Garsington Opera, and covered the role of Mrs Sedley in Britten’s Peter Grimes at the Royal Opera House in 2022.

She was the winner of the Dermot Troy Prize for the best Irish singer in the 2019 Veronica Dunne International Singing Competition, a competition which in 2020 again awarded her a €5000 prize in their inaugural bursary. She has covered and performed with the Royal Opera House, Garsington Opera, Scottish Opera, Welsh National Opera and Irish National Opera.

Carolyn regularly performs at home with Irish National Opera, notably in 2018 singing The Voice (Mother) in Offenbach’s Tales of Hoffman, for which she again received excellent critical acclaim (Bachtrack wrote “Carolyn Holt as the voice of Antonia’s mother stood out with her rich and seductive mezzo-soprano”.) 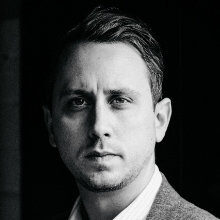 Scottish baritone Christopher Nairne is a Samling Artist and graduate of the Alexander Gibson Opera School at the Royal Conservatoire of Scotland. This summer he performed the role of Marcello La bohème for Nevill Holt Opera and reprised Count Carl-Magnus A Little Night Music (co-production with Leeds Playhouse and Opera North). In Autumn 2022 he will perform as a soloist with the Scottish Opera Highlights tour. 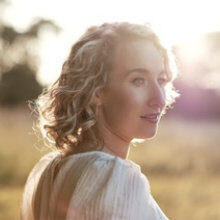 Ami Hewitt is a Soprano from Dublin. She is a graduate of Trinity College Dublin and TUD conservatory of Music and Drama (formally DIT), where she attained her BmusEd degree majoring in vocal performance. She more recently graduated with distinction from a Masters degree in Voice and Opera at Conservatorium Maastricht in The Netherlands.

Ami was a finalist in the Omroep Max (Dutch) inaugural televised program ‘Aria’, which aired on Npo1 in 2021. The Competition was in association with Dutch National Opera with the National youth Orchestra conducted by Leonard Evers.

As an ABL aviation studio artist with INO during the 21/22 season, Ami has enjoyed understudying the roles of Frasquita (Carmen), Idaspe (Bajazet), and Marzelline (Fidelio), as well as giving concert performances in University Concert Hall Limerick, and Castletown house accompanied by Richard McGrath.

In the coming season Ami looks forward to being one of the young artists in The Wexford Factory (Wexford festival opera), and singing the role of the stepmother in their production of Alma Deutscher’s ‘Cinderella’. 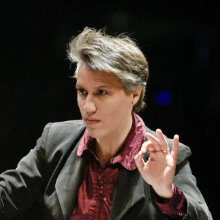 As a musician of many talents with a charismatic personality and artistic sensibility, Alexandra Cravero has quickly imposed herself as one of this generation’s new and upcoming conductors. With a National Diploma and Masters in viola and conducting from the National French Conservatory, Alexandra was also finalist at the Besancon, Pedrotti, and Cadaques competitions.

On the operatic stage, she has directed, among others, Annick Massis, Michael Spyres, Magdalena Kožená, Etienne Dupuis. 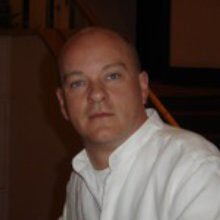 Returning from abroad having worked with most of the opera companies in the UK, Vivian Coates has spent much of his career in Ireland nurturing young Irish talent on stage and guiding them on their first professional rung of the ladder. He has presented countless fully staged operas in Ireland through his company Lyric Opera, and is recognised for the tireless work he has done in keeping core opera alive in this city.

He is privileged to work across opera and musical theatre, directing and designing in most of the main theatres in Ireland; The Gaiety Theatre, Dublin, The Grand Opera House, Belfast, The National Opera House, Wexford and the National Concert Hall, Dublin. Opera productions include Aida , Il Trovatore, Don Giovanni, Hansel und Gretel, I Due Foscari, La Traviata, Carmen, Nabucco, Macbeth, La Bohéme. Turandot, Suor Angelica, The Turn of the Screw, Rusalka, Cavalleria Rusticana, Madama Butterfly and Attila among others. His musical theatre credits include Annie, The Sound of Music, Oliver!, Fiddler on the Roof, Carousel, 9 to 5, Camelot and many more.

Mr. Coates has received many international accolades for his work. In 2007 he was honoured with a Knighthood and title of Cavaliere by the Italian Government for his work in presenting Italian opera in Ireland. In 2015 he designed for The Music of Northern Ireland, which received 4 EMMY’S in the 2016 roll of honour. And his recent productions with The 2018 International Gilbert and Sullivan Festival in Harrogate UK played to extraordinary acclaim, garnering five star reviews. 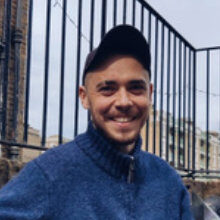 Niall is an Irish scenographer based in London. After graduating from Wimbledon College of Art in 2017 he was awarded the 1 year design residency at the National Theatre in London where he was Associate Set and Costume Designer on Translations. In 2021 he worked with Diane Page, winner of the JMK Award on a production of Statements after an Arrest under the Immorality Act at the Orange Tree Theatre.

Examples of Niall’s work can be found on his website: www.niallmckeeverdesign.com 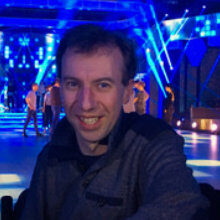 His work has been seen in locations as diverse as Orlando Florida, Morocco (Medi 1 TV) and Singapore.