Sung in Italian with English surtitles 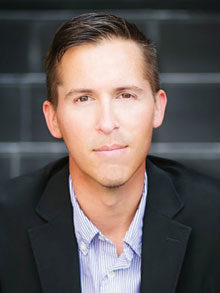 Hailed by Das Opernglas as a “vocally powerful, technically impressive, dominate heroic tenor” and praised by Opera News for “his consummate mastery of Rossini’s style, range and vocal bravura,” American tenor Randall Bills has earned praise from audiences and critics for performances in opera and concert throughout the world. 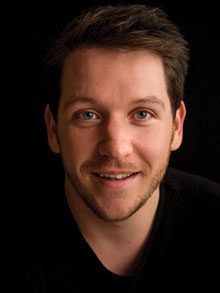 Georgios Iatrou was born in Thessaloniki/Greece. At the age of five he received piano and cello lessons. At the age of 21 he took his first singing lessons at the State Conservatory of Thessaloniki. In 2010 he was accepted in the Music University of Cologne (Class Prof. Mario Hoff). He completed his masters at the Robert Schumann Hochschule in Düsseldorf (Prof. Konrad Jarnot, Anja Paulus). Georgios also studied Molecular Biology at the Demokritus University of Greece.

He is the winner of the song price at the Antonio Bertolini Competition in Milano 2016.

In summer 2011 he sang at the Young artists festival of Bayreuth. The WDR- radio produced with him and Amina Taikenova Lieder by Hanns Eisler. In 2014 he won the 1sr prize at the “Schmolz und Bickenbach“ Competition in the category Lied-Duo. He also won one of the additional prizes in the „Nei Stemmen“ international singing competition in Luxemburg.

Georgios was engaged at the Aalto Theater of Essen for the seasons 2015-16 and 2016-17 for the parts of Figaro (Il barbiere di Siviglia), Valentin (Faust), Schaunard (La bohème), Silvano (Un ballo in maschera), Kostandis (The greek passion) and Sprecher (Die Zauberflöte). 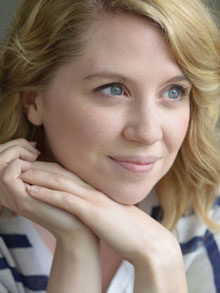 Born in London, Grace began her studies as a linguist, graduating in French and Italian from Clare College, Cambridge, before continuing her singing training at the Guildhall School of Music & Drama, the Royal Conservatoire of Scotland and the National Opera Studio.

An accomplished recitalist and concert singer, particularly in the French 20th-century repertoire, Grace recently made her recital débuts at the Opéra Grand Avignon, the Printemps de l’Académie Ravel festival in St-Jean-de-Luz and the Les Journées Ravel festival in Montfort-L’Amaury, where her repertoire included Ravel Shéhérazade, she also performs regularly as part of the Semperoper Dresden Semper Soiree recital series. 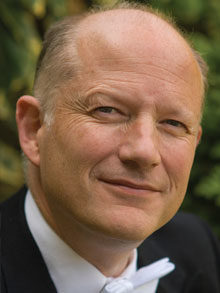 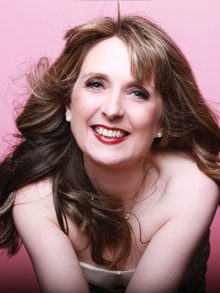 A recipient of the Bank of Ireland/Vocal Heritage Society Margaret Burke-Sheridan Memorial Award for excellence in the field of opera, soprano Sandra Oman graduated from the DIT Conservatory of Music, advancing her studies in London with legendary La Scala soprano, Graziella Sciutti, and her husband, vocal coach Conor Farren. 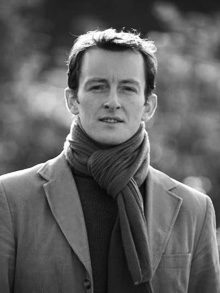 John Molloy, from Birr in Ireland, studied at the DIT Conservatory of Music & Drama, Dublin and the Royal Northern College of Music, Manchester. In 2005 he graduated from the RNCM, receiving the college’s highest accolade for performance; the PPRNCM Diploma.

John has received Awards and Bursaries from the Arts Council of Ireland, John McCormack Society of Ireland and was a major scholar of the Peter Moores Foundation from 2004 – 2006.  Mr. Molloy was also a selected student of the National Opera Studio in London.

Future engagements include Budd ALBERT HERRING with the Buxton Festival, Swallow PETER GRIMES with the Teatro Comunale, Bologna, and the Messiah with the Leicester Philharmonic.

John has worked with many Opera Companies in Ireland and the UK including Opera North, Northern Ireland Opera, Lyric Opera, Dublin,  Opera Theatre Company, and the D’Oyly Carte Opera Company. He has also performed at the festivals of Wexford, Ryedale, Mananan, The Farmleigh Proms and the Sir Malcolm Sergeant Festival in London. 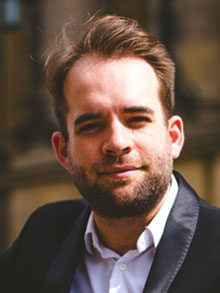 Born in Kingston, British conductor Timothy Burke read Music at Exeter College, Oxford, before training as a repetiteur at Guildhall School of Music and Drama, and winning the Sir Henry Richardson Scholarship to study at the National Opera Studio, going on to join the Jette Parker Young Artists Programme at the Royal Opera House, Covent Garden.

A passionate believer in the importance of new writing, he has, since 2013, been the Music Director at Tête à Tête, producer of the world’s largest festival of new opera, where he has premièred eleven new commissions, including Kerry Andrew’s Dart’s Love, winner of the Stage Works category of the British Composer Awards 2014.

He has conducted La Fanciulla del West for Opera Holland Park, The Barber of Seville for Opera North and Le nozze di Figaro for Welsh National Opera, as well as Will Tuckett’s The Wind in the Willows for the Royal Opera House, Covent Garden, and the 2017 Royal Northern Sinfonia Summer Prom.

Returning from abroad having worked in most of the opera companies in the UK, Vivian Coates has spent much of his career in Ireland nurturing young Irish talent on stage and guiding them on their first professional rung of the ladder. He has presented countless fully staged operas in Ireland through his company Lyric Opera, and is recognised for the tireless work he has done in keeping core opera alive in this city.

He is privileged to work across opera and musical theatre, directing and designing in most of the main theatres in Ireland; The Gaiety Theatre, Dublin, The Grand Opera House, Belfast, The National Opera House, Wexford and the National Concert Hall, Dublin. Opera productions include Aida, Il Trovatore, Don Giovanni, Hansel und Gretel, I Due Foscari, La Traviata, Carmen, Nabucco, Macbeth, La Bohéme. Turandot, Suor Angelica, The Turn of the Screw, Rusalka, Cavalleria Rusticana, Madama Butterfly and Attila among others. His musical theatre credits include Annie, The Sound of Music, Oliver!, Fiddler on the Roof, Carousel, 9 to 5, Camelot and many more.

Mr Coates has received many international accolades for his work. In 2007 he was honoured with a Knighthood and title of Cavaliere by the Italian Government for his work in presenting Italian opera in Ireland. In 2015 he designed for The Music of Northern Ireland, which received 4 EMMY’S in the 2016 roll of honour. And his recent productions with The 2018 International Gilbert and Sullivan Festival in Harrogate UK played to extraordinary acclaim, garnering five star reviews in The Stage & The Daily Mail. 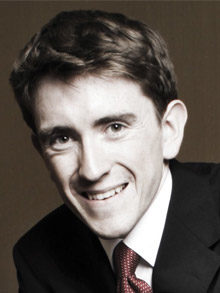 Richard holds a first class honours degree in Music and French from NUI Maynooth and a Masters in performance (piano accompaniment) from the Guildhall School of Music and Drama in London where he was also a student on the repetiteur course and subsequently held a repetiteur fellowship.

Richard was a trainee repetiteur at English National Opera and since then he has worked with companies including Northern Ireland Opera, Wide Open Opera, Opera Theatre Company and Lyric Opera. Productions.