Sung in German with dialogue in English

Fidelio is presented by Lyric Opera, a company premiere, in association with the National Concert Hall’s Beethoven 2020 Series. 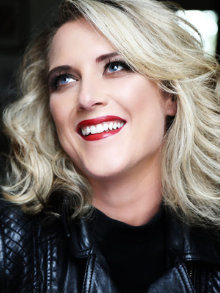 Following a successful career as an acclaimed light-lyric soprano, Sinéad has recently made the exciting transition into fuller dramatic repertoire. Recent engagements saw her covering the title role in Ariadne auf Naxos for Scottish Opera. Sinéad is a graduate of the DIT conservatory of Music and Drama, the National Opera Studio and the Britten-Pears young artist programme.

Sinéad made a critically acclaimed debut with Opera Northern Ireland in Radamisto ‘Sinead Campbell Wallace, the evening’s most sumptuous and rounded voice’ … ‘A wonderful impassioned performance’ and Carmen with the Cork Opera House ‘ Soprano Sinéad Campbell Wallace brought a purity of voice and presentation to Micaëla’ as well as a widely praised return to Opera Theatre Company in the role of Musetta in La Bohème .

For Lyric Opera she reprised the role of Micaëla Carmen with Lyric Opera, Donna Elvira Don Giovanni and Mimi La Bohème and excerpts from La Forza del Destino and Otello in their Verdi Gala, and with the RTÉ National Symphony Orchestra she performed works by Richard Strauss and Beethoven, as well as a live radio broadcast of Puccini arias.

In concert, Sinéad has given lieder recitals at both the National Opera House and Concert Hall. She performed Rossini’s Stabat Mater with the RTÉ Concert Orchestra, with pianist Philip Thomas at the University Concert Hall, Limerick, and in Wexford Festival Opera’s concert series. Sinead has also appeared in recital at the Wigmore Hall and many prestigious recital venues in the UK and Ireland. 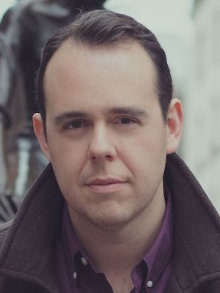 Winner of the Wagner Society Singing Competition, Australian tenor Samuel Sakker is quickly gaining a reputation as one of the leading young dramatic tenors internationally. 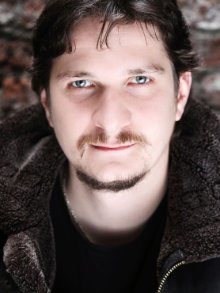 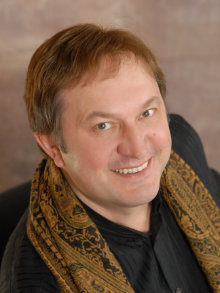 Bass Mikhail Svetlov early career saw him work as a company principal at the Bolshoi Theatre, where he performed many leading roles, he made his international debut at the Wexford Festival and has since performed at leading houses throughout the world.

In 2017 Rachel was a finalist in the 9th Internationale Gesangswettbewerb Festspiele Immling and was subsequently invited to sing in the Festival’s Verdi Gala as well as performing the role of Amore in Gluck’s Orfeo ed Euridice.

Among her project this season and next: Mabel in Sullivan’s The Pirates of Penzance and Musetta in La Bohème and Marzelline in Fidelio at the Lyric Opera Dublin, Susanna (Nozze di Figaro) and Kate Pinkerton (Madama Butterfly) for Cork Opera House, Clorinda in La Cenerentota, First lady (The Magic Flute), Frasquita in Carmen for Irish National Opera. In concert, Laurette in Bizet’s Le Docteur Miracle for Wexford Festival Opera. 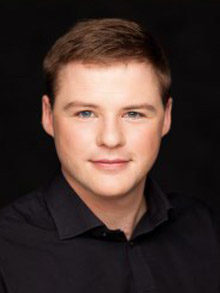 Multiple award winning Irish tenor Patrick Hyland is a regular on the concert and operatic stage performing globally in venues such as Glyndebourne Opera House, The Royal Albert Hall, BAM New York, Wexford Opera House, the National Concert Hall and many more. He has performed by invitation for the President of Ireland, the Lord Mayor of Dublin and for the Irish Presidency of the European Union. Having studied in the Royal Irish Academy of Music under Dr Veronica Dunne he has received widespread critical acclaim from leading global opera magazines Opera News Magazine, Opera Today and Opera Magazine with The Irish Independent hailing his debut performance with the RTE Symphony Orchestra as “exceptional.”

As a finalist at the Veronica Dunne International Singing Competition 2016 he was awarded the Dermot Troy Prize for the best Irish singer. He was also a semi finalist of the Angelo Loforse Competition 2017 in Milan . He has performed two lunchtime concerts with both the RTE National Symphony Orchestra and the RTE Concert Orchestra in the National Concert Hall. 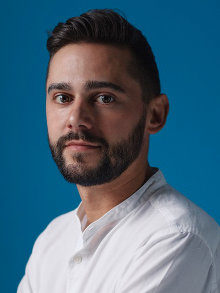 A British baritone, Felix Kemp makes his debut with the Royal Opera, London, this season as A Flemish Deputy Don Carlo. A Britten-Pears Young Artist, he has appeared with Antonio Pappano in masterclasses as part of the European Network of Opera Academies. Selected concert appearances include Mozart’s Requiem (Israel Camerata), St Matthew Passion (Southwark Cathedral), Beethoven’s 9th Symphony (Cadogan Hall), Messiah (City of London Sinfonia) and Elijah (Lincoln and Arundel Cathedrals). This season, he also gives a Crush Room Recital at the Royal Opera House and appears with the London Song Festival and Oxford Lieder.

Founder and Principal Conductor of the ground-breaking Orion Orchestra, of which he remains Principal Guest Conductor, his unique combination of passion and intellect led to an invitation to join English National Opera for two seasons as ENO Mackerras Conducting Fellow, conducting productions of The Turn of the Screw and La Traviata. He is also founding Musical Director of the Vienna Opera Festival and Academy, launched in 2019, and with which he will conduct Don Giovanni in 2020.

Other companies with which he has worked include Bampton Classical Opera, Chelsea Opera Group, Grange Park Opera, Opera della Luna and Pimlico Opera. Orchestral engagements have included performances with the St Petersburg Festival Orchestra and many leading British orchestras including Sinfonia Viva, the Royal Philharmonic Orchestra and the Royal Liverpool Philharmonic Orchestra, which he conducted in Jesús León’s debut CD Bel Canto for Opus Arte CD.

Current highlights include conducting performances of La Belle Helène in a co-production between New Sussex Opera and Opera della Luna, Night Under the Stars: The Magic of Italian Opera with Joyce El-Khoury and Michael Fabiano at London’s Southbank Centre, the launch of his new orchestral ensemble Sinfonia 1, an orchestral residency at Aberystwyth MusicFest, and concerts with the East Anglia Chamber Orchestra, the London International Orchestra and for Raymond Gubbay Ltd.

As Artistic Director of the Peace and Prosperity Trust, he has been furthering cultural collaboration between the UK and the Middle East with concerts in Beirut and London, bringing together Western and Middle Eastern opera singers and taking music and musical instruments to Syrian children in the refugee camps on the Lebanese/Syrian border.

Following his debut with La bohème, Toby Purser is delighted to return to Lyric Opera Productions for Fidelio.

Returning from abroad having worked in most of the opera companies in the UK, Vivian Coates has spent much of his career in Ireland nurturing young Irish talent on stage and guiding them on their first professional rung of the ladder. He has presented countless fully staged operas in Ireland through his company Lyric Opera, and is recognised for the tireless work he has done in keeping core opera alive in this city.

He is privileged to work across opera and musical theatre, directing and designing in most of the main theatres in Ireland; The Gaiety Theatre, Dublin, The Grand Opera House, Belfast, The National Opera House, Wexford and the National Concert Hall, Dublin. Opera productions include Aida, Il Trovatore, Don Giovanni, Hansel und Gretel, I Due Foscari, La Traviata, Carmen, Nabucco, Macbeth, La Bohéme. Turandot, Suor Angelica, The Turn of the Screw, Rusalka, Cavalleria Rusticana, Madama Butterfly and Attila among others. His musical theatre credits include Annie, The Sound of Music, Oliver!, Fiddler on the Roof, Carousel, 9 to 5, Camelot and many more.

Mr Coates has received many international accolades for his work. In 2007 he was honoured with a Knighthood and title of Cavaliere by the Italian Government for his work in presenting Italian opera in Ireland. In 2015 he designed for The Music of Northern Ireland, which received 4 EMMY’S in the 2016 roll of honour. And his recent productions with The 2018 International Gilbert and Sullivan Festival in Harrogate UK played to extraordinary acclaim, garnering five star reviews in The Stage & The Daily Mail.

Richard holds a first class honours degree in Music and French from NUI Maynooth and a Masters in performance (piano accompaniment) from the Guildhall School of Music and Drama in London where he was also a student on the repetiteur course and subsequently held a repetiteur fellowship.

Richard was a trainee repetiteur at English National Opera and since then he has worked with companies including Northern Ireland Opera, Wide Open Opera, Opera Theatre Company and Lyric Opera. Productions.

Blánaid Murphy has been Director of the Palestrina Choir since 2002 and is recognised as one of Ireland’s foremost choral directors.  While reading Music at Cambridge University, she was appointed Organ Scholar there and furthered her studies at the Musikhochschule in Stuttgart, obtaining a Masters degree.

She has vast experience as a choral director, conductor, adjudicator, consultant and educator.  She has been choral director of RTÉ’s Childrens’ Choir, Cór na nÓg and at the Conservatory of Music and Drama (DIT).  She is currently director of Dublin Bach Singers, St Mary’s Pro-Cathedral Girls’ Choir, Carlow Choral Society, Continuum Youth Choir and the RIAM ‘Chorale.’

In addition to this, she lectures on choral conducting on both the Masters and Doctoral performance programmes at the RIAM and on the Trinity College Dublin Masters in Music education summer programme.

Her many recordings have included the record-breaking Faith of Our Fathers CD and Cór, arrangements of Irish melodies on the ARSIS label.  She has released six CD with the Palestrina Choir, the latest of which Joy to the World was released last December.

As artistic director of the concert Series in St. Mary’s Pro-Cathedral, she continues to bring many of the great choral and orchestral works to audiences.  Performances have included Bach St Mathew Passion, St John Passion and the B minor Mass as well as Vivaldi Gloria.

Last Spring, Blánaid travelled to Chicago in the United States with the Palestrina Choir where they took part in a number of engagements, including recitals at the Cathedral of St John the Evangelist, The Irish American Heritage Centre and Notre Dame University.

This year Blánaid will travel with the Palestrina Choir to Monserrat and Barcelona where they will sing in the basilica with the Escolania de Montserrat and in the iconic Sagrada Familia in Barcelona.