One hour before each performance, an informative FREE talk will be given to ticket holders for the performance. The talk will last 25mins approximately and will be given by our host, George Fleeton. No booking is necessary and is usually held in the Carolan Suite. Admission is FREE. 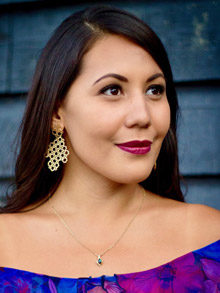 Winner of a Leonard Ingrams Award and the Joan Sutherland and Richard Bonynge Bel Canto Award, New Zealand born Samoan soprano Marlena Devoe also won the Richard Bonynge Award and the Tait Memorial Prize. She was a 2018 Alvarez Artist at Garsington Opera at Wormsley, where she made her debut as Alice Ford Falstaff.

Marlena Devoe completed her MA in Advanced Vocal Studies with Distinction at the Wales International Academy of Voice, studying with Nuccia Focile and Dennis O’Neill. Prior to her studies in Cardiff, she studied at the University of Auckland, with a degree in Italian and German. Following a language exchange programme in Florence, she studied at the Manhattan School of Music in New York. 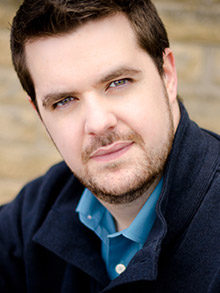 Northern Irish baritone, Ben McAteer’s recent and future operatic highlights include the Earl of Mountararat in Gilbert & Sullivan’s Iolanthe at English National Opera, Marullo Rigoletto for Northern Ireland Opera, a concert performance of Die tote Stadt as Fritz/Pierrot with the RTÉ National Symphony Orchestra, Count Almaviva in Irish National Opera’s production of Le Nozze di Figaro and Pangloss & Voltaire in Leonard Bernstein’s Candide for West Green House Opera and the Xi’an Symphony Orchestra. At Scottish Opera, Ben created the role of James in the world première of The Devil Inside, winning Outstanding Performance in an Opera at the My Theatre Awards in Toronto. He also sang title role Le Nozze di Figaro, Guglielmo Cosí fan tutte and Pish-Tush The Mikado. 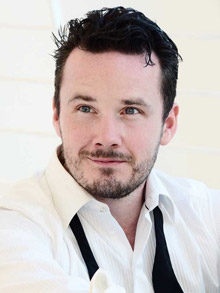 For the Northern Ireland Opera in Belfast, Aaron Cawley has sung Malcolm Macbeth, at Cadogan Hall in London he has sung the title role in Samson Samson and Delilah, at Garsington Opera he has done Pásek The Cunning Little Vixen and at Zwingenberg Schlossfestspiele he has sung Alfredo La Traviata. Cawley has also been part of The Five Irish Tenors, one of Irelands most popular ensembles. Future engagements include his debuts as both Don Jose Carmen and Manrico Il Trovatore. 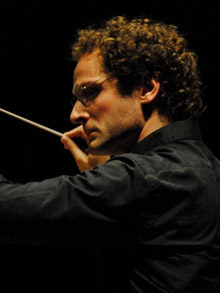 Toby Purser is the Alpha and Omega musician: his unique combination of passion and intellect, structure and freedom, poetry and drama have earned him immediate attention and led to praise from critics including Opera (“fine judgement and considerable expertise”), The Telegraph (“galvanising”) and WhatsOnStage (“scintillating precision.”)

In 2005 Toby Purser founded the Orion Orchestra, a stepping-stone orchestra for the most talented instrumentalists leaving music college and has developed it into one of London’s great orchestral successes, receiving glowing reviews and recognised as a leading organisation for young musicians. Now performing over a dozen concerts per year in all of London’s most prestigious venues, he recently toured with them to Singapore as part of the Shaw Foundation’s ‘Ones to Watch’ Series at the Yong Siew Toh Conservatoire. Together, they have worked with soloists including Nicola Benedetti, Susan Gritton, Tasmin Little, Joanna MacGregor, Alwyn Mellor, Dame Ann Murray, Teo Gheorghiu, Martin Grubinger, Guy Johnston, Jack Liebeck, Julian Lloyd-Webber, Dennis O’Neill, Valeriy Sokolov and Simon Trypceski. Toby Purser also initiated a Composers’ Prize, a Young Conductors’ Award and a Great Young Soloists series.

For English National Opera, he has conducted The Turn of the Screw, The Marriage of Figaro and La traviata. At Grange Park Opera, he has conducted Madama Butterfly, Eugene Onegin, Rigoletto and Fortunio, which was also performed at the Buxton Festival, and with Opera Della Luna The Daughter of the Regiment, Orpheus in the Underworld, the UK premiere of Johann Strauss’s operetta Das Spitzentuch der Königin, and Tales of Offenbach. Other operatic performances have included Bailey’s The Black Monk for The Sirius Ensemble, Haydn’s The Apothecary and La Canterina for Bampton Classical Opera, Hänsel und Gretel and Die Entführung aus dem Serail for British Youth Opera and Le Comte Ory for Chelsea Opera Group. For Pimlico Opera, he has conducted productions in various prisons, with a cast of inmates performing alongside professionals in repertoire include Carmen the Musical, Les Misérables, Sugar, Sister Act, Sweeney Todd and West Side Story.

Toby Purser assisted Mark Wigglesworth on Lulu and Ryan Wigglesworth on The Winter’s Tale at ENO, as well as assisting Edward Gardner on Eugene Onegin at the Opéra national de Paris and Anthony Negus on Tristan und Isolde at Longborough Festival Opera.

He conducted The Daughter of the Regiment at the 2018 Buxton Festival, and his current plans include a return to the Buxton Festival to conduct Orpheus in the Underworld for Opera Della Luna,La bohème for Lyric Opera, Dublin, the Orion Orchestra’s on-going Alpha and Omega series at London’s Cadogan Hall, an orchestral residency at Aberystwyth MusicFest, and concerts with the East Anglia Chamber Orchestra, the City of Southampton Orchestra, the London International Orchestra and for Raymond Gubbay Ltd. Appointed Music Director of New Sussex Opera, he will conduct Stanford’s The Travelling Companion, a production that will be recorded by SOMM.

As Artistic Director of the Peace and Prosperity Trust, he has been furthering cultural collaboration between the UK and the Middle East with concerts in Beirut and London, bringing together Western and Middle Eastern opera singers, helping relaunch the Beirut Orpheus Choir, and taking music and musical instruments to Syrian children in the refugee camps on the Lebanese/Syrian border. 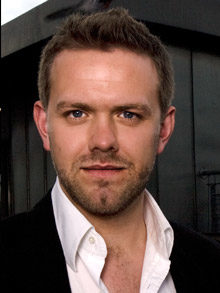 Rory was born and raised in Connemara on the family farm and his musicality was spotted from a young age. In order to further develop his talent he was sent to boarding school in Dublin where music was an integral part of his education. Leaving school, Rory then took a circuitous route to Opera. He decided to broaden his education and did a B.A. in Film Studies and English, where his taste for story telling only grew. He followed this with an M.A. in Drama Contemporary Theatre Studies and went to work in free lance theatre production. This was all in parallel to his singing, which never went away. Rory sang with the Christchurch Cathedral Choir, Dublin, as a choral scholar before joining the International choral group Anúna. He toured and recorded with them for several years and gained huge experience in performing, recording, touring and educational work. He still retains a strong relationship with the group.

At the age of 26 he realised that he wished to specialise, and to combine his work in theatre and singing. Already a keen opera lover he enrolled in the Royal Irish Academy of Music on their M.A. in Vocal Performance and trained under Philip O’Reilly. This coincided with an expansion in the opera productions in the RIAM with the Opera Briefs project, and he was given many opportunities to gain stage experience and cut his teeth as a young baritone. This gave him the foundations for his new career.

Rory went on to learn his trade with many Irish based companies, starting in chorus with Northern Ireland Opera, Opera Theatre Company and Wexford Festival Opera. From here he worked his way up the ranks from chorus to understudies, and finally supporting and principal roles. 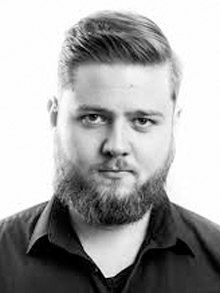 Wilson is based in Belfast and is currently musical director for Belvoir Players Studio Theatre, New Lyric Operatic Company, Lisnagarvey Operatic, Belfast Music and Drama Society and the Ulster Operatic Company. Next year he continues his association with Douglas Choral Union in the Gaiety Theatre on Isle of Man.

Wilson has conducted the N Ireland premieres of Mack and Mabel, Camelot, Witches of Eastwick, Copacabana, Chess, West Side Story, Legally Blonde, Sweeney Todd, Avenue Q and White Christmas – most of them at the Grand Opera House, Belfast. He has appeared at both Waterford International Light Opera Festival and the Gilbert and Sullivan International Festival in Buxton winning amongst numerous awards best show The Pirates of Penzance.

Future projects this season include 25th Annual Putman County Spelling Bee, The Sound of Music, Annie, Footloose, Oklahoma! and Spamalot. He has also collaborated on a new musical Twisted -a sequel to Oliver Twist- which will premiere next February.

Returning from abroad having worked in most of the opera companies in the UK, Vivian Coates has spent much of his career in Ireland nurturing and presenting young Irish talent on stage and guiding them on their first professional rung of the ladder. He is recognised for the tireless work he has done in keeping core opera alive in this city.

He is privileged to be able to mix his opera productions with his love for musical theatre directing and designing in most of the main theatres in Ireland which include The Gaiety Theatre, Dublin, The Grand Opera House, Belfast, The National Opera House, Wexford and the National Concert Hall, Dublin. Opera productions include Aida, Il Trovatore, Don Giovanni, Hansel und Gretel, I Due Foscari, La Traviata, Carmen, Nabucco, Macbeth, La Bohéme. Turandot, Suor Angelica, The Turn of the Screw, Rusalka, Cavalleria rusticana, Madama Butterfly, Attila and many others.

With many musical theatre projects in his repertoire, Mr Coates has received extraordinary accolades for his recent work with The International Gilbert and Sullivan Festival in Harrogate receiving five star reviews (The Stage & The Daily Mail) for three of his productions. In 2015 he designed two sets for The Music of Northern Ireland, which received 4 EMMY’S in the 2016 roll of honour. In 2007 he was honoured to receive a Knighthood and title of Cavaliere by the Italian Government for his work in presenting Italian opera in Ireland.

Recent productions include Sweeney Todd (The National Opera House). This Christmas he will direct the family favourite The Wizard of Oz here at the NCH.